It also has Wi-Fi General Color Mystic Purple Dimensions mm Back Camera 10 — Reviews There are no reviews yet.

Powered by. Myrrh Lao To and Raiza Contawi transform 3 lucky w Samsung postponed the global release of the Galaxy Samsung Galaxy A10 now available in the Philippine Vivo V15 Pro helps you shoot professional-grade lo Samsung Galaxy Tab A 8. Realme 3 Pro launches with large 4, mAh battery Qualcomm Snapdragon to be the first SoC with The next 5G smartphone from Huawei is the Mate Xiaomi's 3rd Fan Meet Event in the Philippines at Huawei Matebook 13 officially arrives in the Phili Xiaomi's Pocophone F1 to get a flash sale in Lazad Samsung Galaxy A70 officially unveils with triple Samsung announces the Galaxy A80 with rotating cam Redmi 7 to have another Flash Deal at Shopee on Ap Honor 8C with large 4, mAh battery arrives in t Redmi Note 7 has been sold out on its Day 1 in the The power and volume buttons are positioned low enough on the right side to be within the reach of our thumb, but the fingerprint sensor on the rear was just a little too high for our liking.

We're slightly disappointed to see a Micro-USB port on the bottom. There's also a 3. The Vivo Y17 is a fairly heavy phone at That's the tradeoff Vivo has made in order to fit in the enormous mAh battery, so a lot of buyers will still be glad.

Thankfully the rear panel isn't slippery at all, so even though one-handed usage was awkward, we didn't feel as though the Y17 might fall from our grasp when we were stretching with one thumb. The 6.


One of the big selling points of this phone is its mAh battery, though curiously Vivo doesn't publish any battery life claims in terms of hours for context like most companies do. Vivo says the Y17 supports dual-band Wi-Fi, but hasn't specified which version.

In addition to the standard ambient light and proximity sensors, there's an e-compass and virtual gyroscope. The headset looks like an Apple EarPods knockoff and doesn't have rubber tips. Stock Android has a vocal fanbase these days, but Vivo has gone off the deep end with customisations in its Funtouch OS 9, based on Android 9.

There's a lot to take in, starting with the lock screen, which shows random photos and stories from Vivo's own Lockscreen Poster service. Thankfully there are no ads here yet. 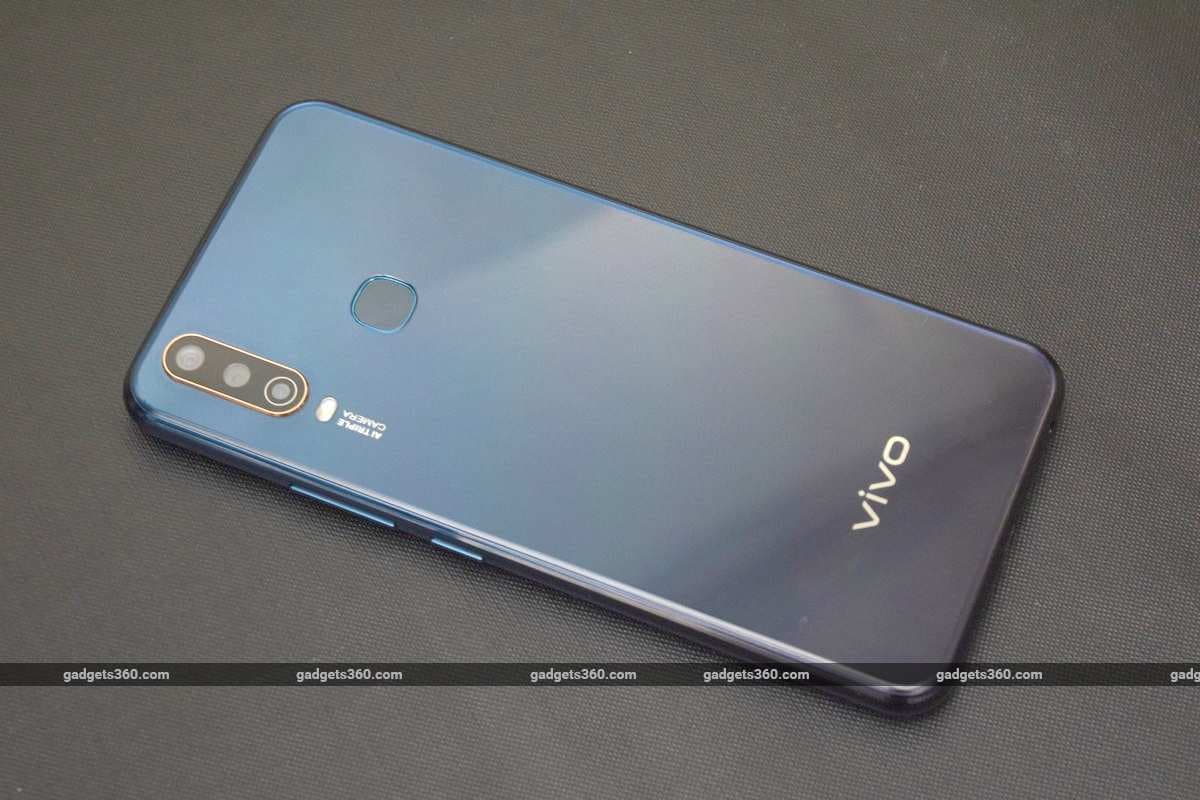 The home screens are fairly cluttered, and Vivo has gone with a really old style of Android navigation buttons including the long-deprecated Menu button icon for the app switcher. You can change to the current style or switch to gestures from within the Settings app. All app icons are found here since there's no app drawer, and there's a lot of them.

Vivo has preinstalled a whole bunch of apps including its own V-Appstore, Vivo Browser, Vivocloud data backup service, Easyshare file sharing tool, I Manager for general security and maintenance tasks, and I Theme for UI customisation.

Then there are loads of redundant tools including an email client, photo gallery, and audio and video players. None of these can be removed. Vivo has redesigned everything from the notifications shade to the default apps. If you choose to enable gestures instead of buttons for UI navigation, you'll have to learn exactly where to swipe so you don't pull up the Shortcut Center inadvertently.

The Settings app is completely customised and not all controls are where you might expect to find them. Funtouch OS has some useful touches though. You can do lots of things with just one tap, like take scrolling screenshots, clone compatible messenger apps right from the home screen, and turn on USB file sharing from the notifications shade. There's a built-in screen video recorder and loads of system-wide shortcuts to trigger actions or run apps of your choosing. The ability to set the exact corner roundness of app icons is a whimsical little touch. However, Android 9's convenient app icon menus with notifications and action shortcuts are missing.

Vivo has its own basic smart assistant called Jovi, and it's found throughout Funtouch OS. You can quickly call up a Paytm or QR code scanner from the pull-down search tool. The screen to the left of the first home screen is called Jovi Smart Scene, and it shows cards for things like sports scores, the weather, to-dos, and a system-wide reading list that you can save articles or screenshots to from any app. It's supposed to be able to show reminders for upcoming events and sports matches, show weather warnings, and help you track online purchases, but these scenarios didn't come up during our review period.

Left to right: Funtouch OS gesture and shortcut settings, saving articles to read later, quick toggles and tools in the Shortcut Center. The Vivo Y17 might not have the most powerful hardware in its price bracket, but it worked well enough for us during our review. We were worried that Funtouch OS might be bloated and slow, but that wasn't the case either.

The phone was reasonably responsive and UI animations were consistently smooth. Fingerprint and face recognition both worked well and we had no complaints. The screen is a little underwhelming, with washed-out colours and slightly rough edges around icons and text. However, viewing angles are great and it can get very bright. We found it easy to use this phone under harsh sunlight. You only get Widevine L3 certification which limits video streaming to sub-HD resolutions for some services, but the screen isn't full-HD anyway.